Working with so many species, we see so many variations of traits among the individual species. This season we have had a record number of patients,  and each is just as unique as we are. But on occasion, we get the truly rare and unique patients. Just as we as humans have variation, wildlife does as well. We have many examples of these traits right here at Cedar Run.

One of the most surprising is color variation. Recently, we received a Red-Tailed Hawk that was injured by car impact. She is a full grown, mature female; an amazing feat to reach adulthood with such a unique appearance. She has leucism; a condition in which there is  only a partial loss of pigmentation resulting in white, pale, or patchy coloration of her  feathers, talons, and scales.  Below is a comparison of our leucistic patient and our resident female Red-tail , Genesis. Genesis exhibits a “normal” variation of the local populations, although all have  their own  patterns and markings that make them unique. 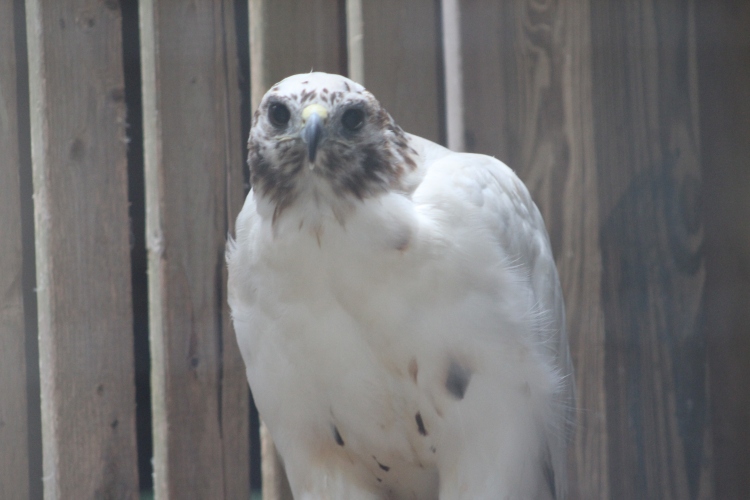 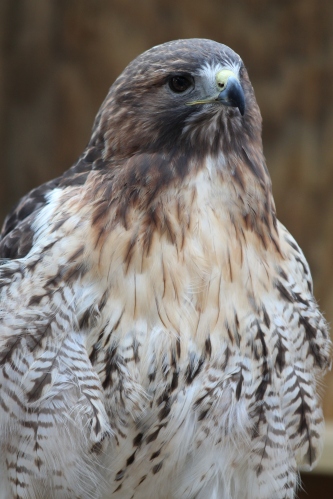 We have also recently had many calls about white deer. Commonly called pied ball deer or piebald, these White-tailed deer are becoming more common in local populations. Without the presence of predators, these are able to reach adulthood, and produce the beautiful trait. I often joke about how it may be evolution before our eyes, as cars are currently the only predator to deer. The white coloration makes them easier to see; safer for them, safer for us. 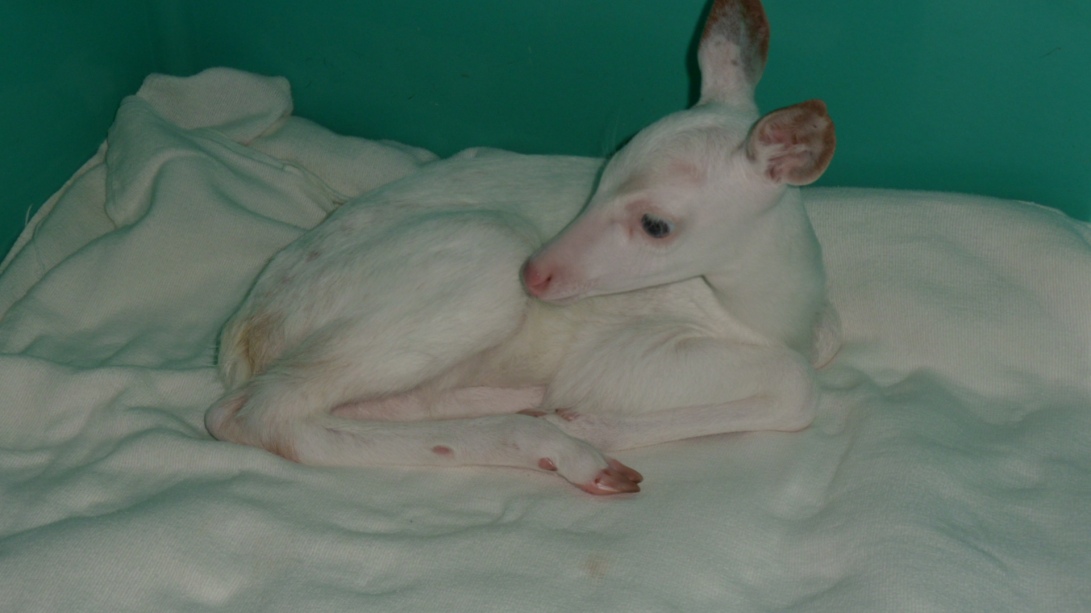 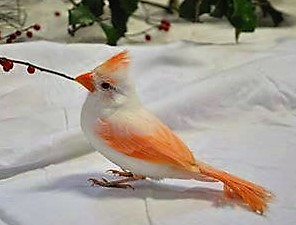 King Henry currently resides in our Nature Center. He was found as a nestling that had been tossed out of the nest, most likely due to his visual trait. He was brought to our animal hospital just as many of our patients are. The finder was unsure of what they had found and had no idea that he was actually an albino Northern Cardinal. Henry was raised to be released, but has a reduced range of vision due to his albinism; a common side effect of the trait. He does exhibit slight colorations on his crest, primary, and tail feathers simply due to the structure of the types of feathers. His eyes are red which is due to an absence of pigment. His feathers are also lacking melanin, creating a lack of pigment that makes color in skin, feathers, and scales. Henry loves visitors, and will sing his sweet song if you are patient.

Chloe, another one of our residents is truly an oddity in nature. As a Corn snak 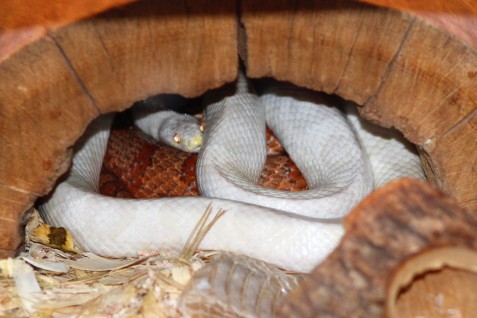 e, life is spent on the ground. To be white is a fatal trait. It makes them easy for predators to find, and difficult to camouflage in their forest or field habitats. She and her sibling, Dylan,  were found together and brought to us several year ago. They are nearly inseparable, and often confuse visitors by twisting in a way that makes them look like a single bi-colored snake. Dylan exhibits the “normal” variation of a corn snake, while Chloe is also truly albino- exhibiting the classic trait of red eyes, and lack of coloration of her scales. You can see them above in their traditional snuggle.

If you stop by our pond just next to our Nature Center, be sure to stop, wait, look,  and watch. Our Green frog population is jumping! But not with just any Green frogs, BLUE-green frogs. Well at least one anyways. I first saw this particular frog 2 years ago. The picture does not give it justice. Her colors are iridescent turquoise blue on her head, and an interesting shade of purple on her hind legs.  We all know that blue and yellow make green, but this frog does not produce the yellow pigment xanthophyll. This gives the blue and purple coloration much like when leaves lose their colors in the fall making them appear red.Below is a comparison of Green frogs in our pond at the same location, at the same time, on the same day. 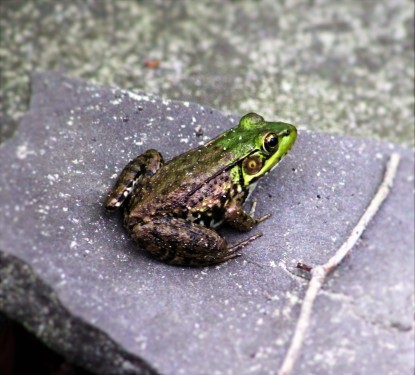 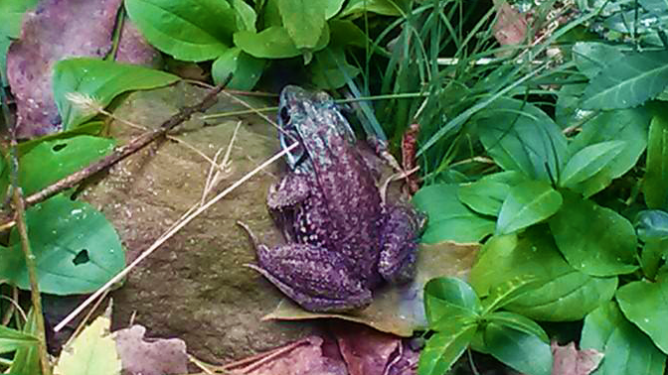 Why not come out to our little corner of the forest and seek these wonders in nature. Of course the current trend is to seek the virtual kind, you won’t get points for finding our creatures, but they are truly as unique as you and me. Maybe you will spot something rare and magnificent to share with your friends and family.

One thought on “Missing Colors in Nature”